With our latest cushion collection we put the focus on West-Berlin architecture.

Some icons of the postwar modern architecture around Zoologischer Garten are renovated and re-activated with new content.

The first was the cinema Zoo Palast in 2013, followed by  the light and filigree Amerika Haus (built in 1956/57 on the occasion of the International Building Exhibition by the architect Bruno Grimmek). Up until 2006, it served as a cultural meeting place and information centre for US citizens – with cinema, library and exhibitions. 2014 the photo gallery C/O Berlin moved into the building. 2015 the Bikini House opened again. The building is one of the contemporary architectural witnesses of Berlin’s post-war times of the 1950s. The building was designed by architects Paul Schwebes and Hans Schoszberger in 1957. 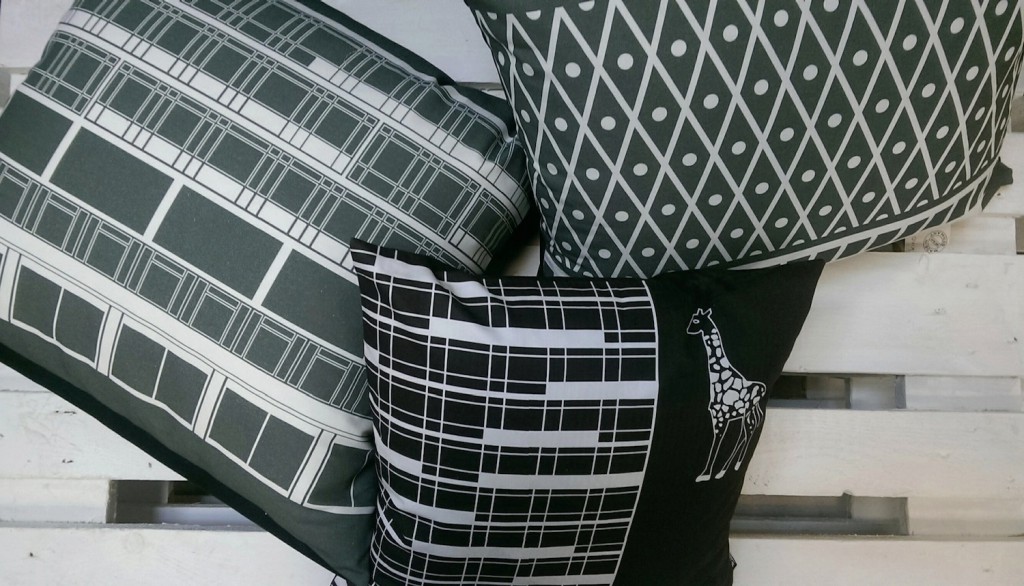